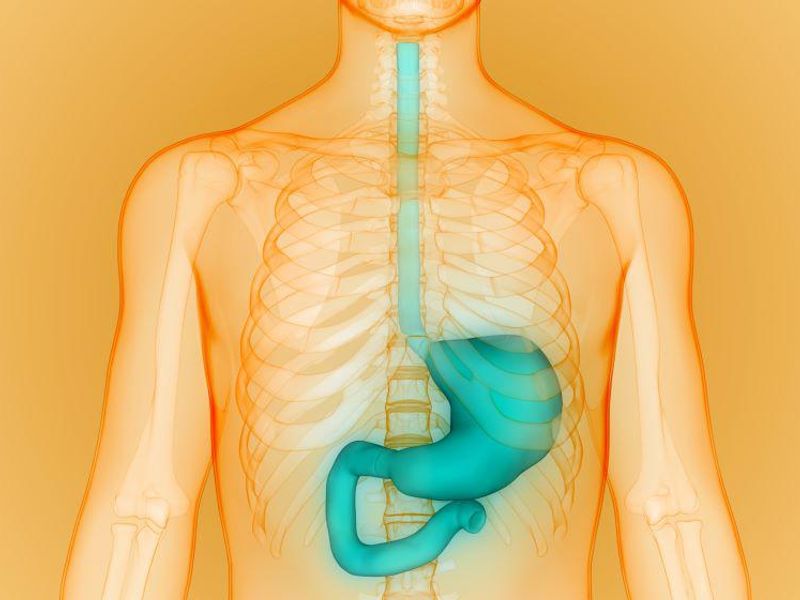 Esophageal cancer tends to be a "silent killer," and it's on the rise among middle-aged Americans, new evidence suggests.

The rate of this cancer nearly doubled among people aged 45 to 64, and the prevalence of Barrett's esophagus -- a precancerous condition -- rose by about 50% in this age group between 2012 and 2019. The esophagus is a hollow tube tasked with carrying food and liquid from the throat to your stomach.

The exact reason for the uptick of esophageal cancer in younger folks is not fully known, but soaring rates of obesity, unhealthy diets, and chronic heartburn or gastroesophageal reflux disease (GERD) are likely factors, and they all tend to travel together, said study author Dr. Bashar Qumseya. He's an associate professor of medicine and chief of endoscopy at the University of Florida.

Chronic heartburn leads to Barrett's esophagus, which is marked by abnormal changes in the cells that line the esophagus.

This increase in rates of esophageal cancer in younger people mirrors what has been seen in colon cancer.

"With colon cancer, we used to recommend screening at age 50, and then we saw compelling evidence that the rate was going up in younger people, so some groups now call for screening at age 45," said Qumseya.

It may be time to do the same for esophageal cancer screening if a person has other risk factors, he said. These include alcohol use and smoking.

The disease is called a silent killer because symptoms often go unnoticed until the cancer has progressed.

For the study, the researchers tapped into the electronic health records of about 5 million people in Florida. They looked for rates of esophageal cancer and Barrett's esophagus among people in three age categories: 18 to 44, 45 to 64, and 65-plus.

Researchers found rates plateaued among the oldest group. They said the rise in rates of esophageal cancer among middle-age adults isn't due to more aggressive screening. There was no increase in the rate of endoscopy during the study period.

The findings are scheduled for presentation at the 2022 Digestive Disease Week, to be held virtually and in San Diego May 21-24. Findings presented at medical meetings should be considered preliminary until published in a peer-reviewed journal.

Going forward, Qumseya and his colleagues plan to revisit the data to differentiate between the two types of esophageal cancer: esophageal adenocarcinoma and squamous cell carcinoma.

"Squamous cell cancers are most prevalent in Eastern Europe and Asia and are triggered by smoking and tobacco exposure," said Rao, who has no ties to the new study. By contrast, in Barrett's esophagus, obesity and diet are linked to esophageal adenocarcinoma.

"Population studies such as these are important in raising awareness both among the general public and the medical communities," she said.

"It is alarming to note that cancers that were once considered an ailing of the elderly are rapidly becoming lifestyle-dependent and affecting younger and younger individuals," Rao said.

The U.S. National Cancer Institute offers more on esophageal cancer and its symptoms.