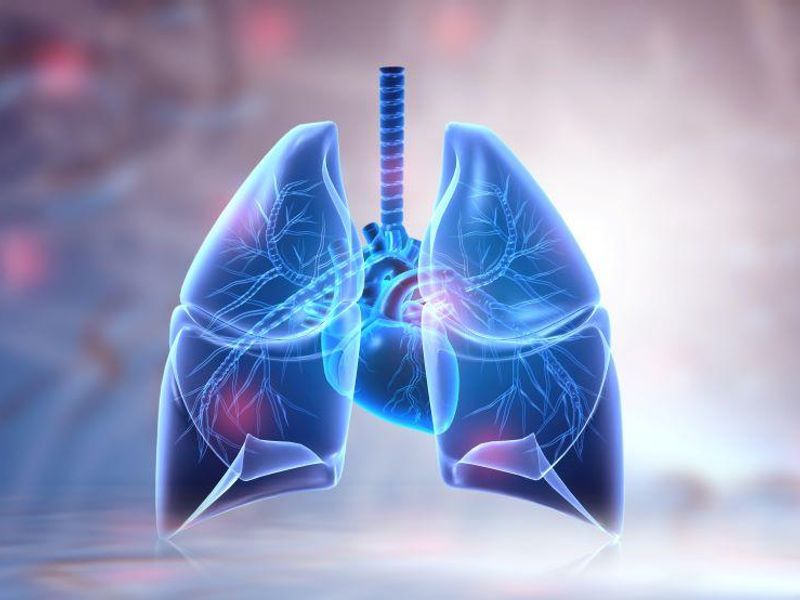 When low-dose CT screening identifies early-stage lung cancer, patients have an 80% chance of surviving 20 years, researchers found. And for some, the odds are as high as 100%.

But only 16% of lung cancers are caught early, and more than half of people with lung cancer die within a year of being diagnosed, according to the American Lung Association. The average five-year survival rate is less than 19%.

This study shows "how powerful screening is," said Dr. Andrea McKee, a volunteer spokeswoman for the lung association and chair of radiation oncology at Lahey Hospital & Medical Center in Burlington, Mass. She was not involved in the study.

By detecting and treating the cancer when it is small, patients can be effectively cured in the long term, the study authors say.

"There's been talk about too many false positives and radiation. But the radiation dose is very low. It's less than that of a mammogram, and women have had that for many years," said Henschke, a professor of radiology at the Icahn School of Medicine at Mount Sinai in New York City.

And false positive results should not be an issue, she said, "because we have very good protocols."

The U.S. Preventive Services Task Force recommends annual lung cancer screening for those 50 to 80 years old who have smoked a pack a day for 20 years or have quit within the past 15 years.

"Screening is a real lifesaving step and patients need to keep asking their doctor because you have to have a prescription to get the screening," Henschke said.

She and her colleagues started looking at the benefits of screening in 1992. In 2006, they pegged 10-year survival at 80% for patients whose cancer was found early through screening.

Moreover, the survival rate for stage 1 cancer, where the tumor is small and hasn't spread beyond the lung, was 86% regardless of whether it was solid or not. For patients with tumors 10 millimeters or smaller, the 20-year survival rate was 92%, the researchers found.

The challenge now is to get more smokers and former smokers screened, Henschke and McKee said.

Lung cancer screening is the "new kid on the block," Henschke said. The data that shows its effectiveness has only been around since 2011, and it wasn't covered by Medicare, Medicaid and private insurance until 2016, she noted.

McKee said tobacco companies have muddied the message, and smokers themselves are ambivalent because of "stigma."

"There's been so much debate about lung cancer screening, in part because you have big tobacco throwing confusion and delay into the mix, trying to make it difficult for people to have honest conversations about screening. Then you have stigma, so some people feel like they did it to themselves, and that they somehow deserve to have lung cancer," McKee said.

The findings will be presented Tuesday at the annual meeting of the Radiological Society of North America, in Chicago. Findings presented at medical meetings are considered preliminary until published in a peer-reviewed journal.