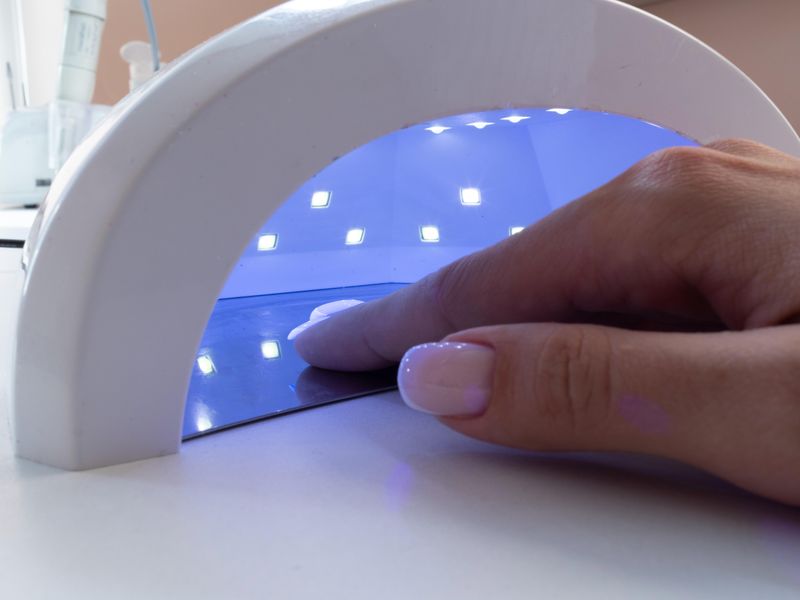 Could UV Light From Nail Polish Dryers Cause Cancer?

Getting a gel manicure may be less safe than many think.

Researchers say the nail polish dryers that use ultraviolet (UV) light to cure the gel polish emit possibly dangerous rays. These rays might lead to cell death and cancer-causing mutations in human cells, they noted.

Maria Zhivagui, a researcher at the University of California, San Diego, has sworn off gel manicures after seeing results in the lab.

When she was doing her PhD, she was intrigued by gel manicures, which last longer than normal polish. "I started using gel manicures periodically for several years," Zhivagui said in a university news release.

However, "once I saw the effect of radiation emitted by the gel polish drying device on cell death and that it actually mutates cells even after just one 20-minute session, I was surprised. I found this to be very alarming, and decided to stop using it," Zhivagui added.

"To the best of our knowledge, no one has actually studied these devices and how they affect human cells at the molecular and cellular levels until now," study co-author Ludmil Alexandrov said in the release. He's a professor of bioengineering as well as cellular and molecular medicine.

Alexandrov decided to conduct the study after reading about a young beauty pageant contestant with a rare form of skin cancer on her finger.

"We began looking into it, and noticed a number of reports in medical journals saying that people who get gel manicures very frequently -- like pageant contestants and estheticians -- are reporting cases of very rare cancers in the fingers, suggesting that this may be something that causes this type of cancer," said Alexandrov. "And what we saw was that there was zero molecular understanding of what these devices were doing to human cells."

It's too soon to say for sure, researchers cautioned.

Such studies will likely take at least a decade to complete, the authors said in the Jan. 17 issue of Nature Communications.

But the lights do damage human cells, according to the study. The dryers use a particular spectrum of UV light (340-395nm) to cure the chemicals used in gel manicures.

Cell death, damage and DNA mutations were seen under both conditions.

The team found that in one 20-minute session with the devices, between 20% and 30% of exposed cells died. Three consecutive 20-minute exposures caused between 65% and 70% of cell death.

Exposure to the UV light also caused mitochondrial and DNA damage in the remaining cells. It resulted in mutations with patterns that can be observed in skin cancer in humans, according to the study.

The same UV light is used to cure dental fillings and in some hair removal treatments, study authors said.

The American Cancer Society has more on skin cancer.