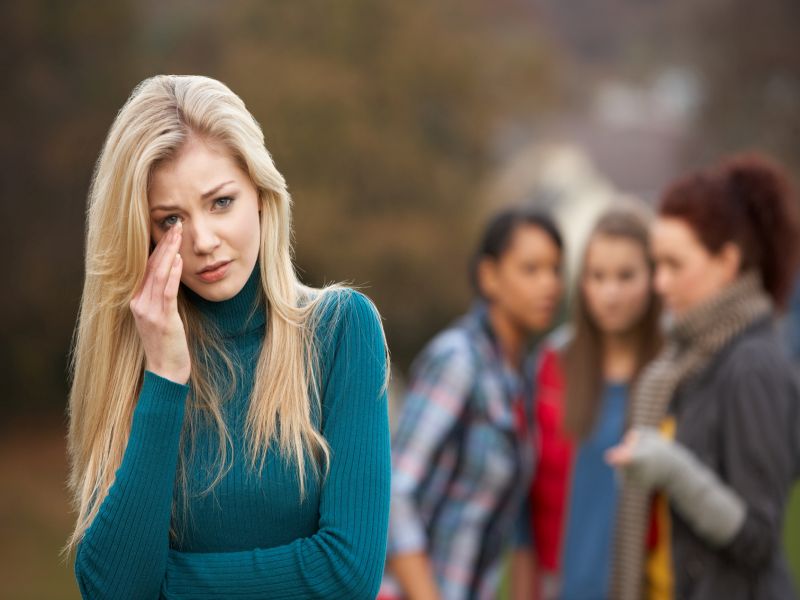 Being bullied as a youngster may lead to lifelong struggles in adulthood.

New research warns that victims of teenage bullying face a 40% greater risk for mental health problems by the time they hit their mid-20s.

Young adults with a history of adolescent bullying may also see their odds for unemployment spike by 35%, investigators found.

For the study, they tracked bullying among more than 7,000 students between the ages of 14 and 16 in the United Kingdom. The teens were interviewed at regular intervals until age 21 and again at age 25.

"Examples of bullying we studied include being called names, being excluded from social groups, having possessions stolen, or being threatened with or experiencing violence," said study author Emma Gorman.

By age 25, those who had been bullied as teens were much more likely to have mental health issues such as depression and anxiety, and to struggle with finding a job, the study found.

"Among those who were employed," Gorman added, "pupils who experienced bullying had 2% lower income."

The more violent, more persistent and more frequent the bullying, the worse the long-term consequences, she added, though the research only found an association and could not prove bullying was a direct cause.

Gorman did her research as an associate in the Department of Economics at Lancaster University Management School in England. She's since moved to the University of Westminster in London.

So what can be done to curtail bullying and limit the long-term fallout when it does occur?

Gorman said the findings suggest that a "strategic and targeted approach" is needed to reduce extreme bullying, particularly violent forms.

"New research in this area has found that developing positive character skills in young people, such as resilience, grit and self-esteem, can help in reducing the negative long-run consequences of bullying," she said. "However, this type of intervention should also be paired with well-designed anti-bullying interventions led by schools and teachers."

Patrick Tolan is director emeritus of the University of Virginia's Youth-Nex, a center dedicated to effective youth development. He reviewed the study.

Tolan said the findings are not surprising, but they don't mean long-term consequences are inevitable for all kids who are bullied. But the study is a warning that "this is a real problem worthy of attention and intervention to stop and prevent," he added.

Towards that end, Tolan suggested parents talk regularly with their children about how their day went and listen well to what they have to say.

"As the child sees you are interested, they will tell you more and maybe reveal things that are troubling them, including bullying if it occurred," he said.

He also advised parents bring up the topic of bullying to hear what the child thinks.

"Make clear you think bullying others is never acceptable, and that if your child was ever bullied, they should know they could come to you to figure out what to do," Tolan said.

It's important for schools to foster a culture in which students and teachers view bullying as unacceptable. Kids need to be taught how to de-escalate conflict and/or take responsibility for their own bullying behavior, he added.

Tolan pointed out that bullying isn't something that only happens among children.

"It occurs at work and in adult social life with regularity," he said. "It is important adults practice what they want their children to do: to stand up to bullies and to engage the group to reject bullying behavior."

Gorman and her colleagues presented their findings last week at a meeting of the Royal Economic Society in Coventry, England. Research presented at meetings is typically considered preliminary until published in a peer-reviewed journal.

The U.S. National Institute of Child Health and Development has more about bullying.