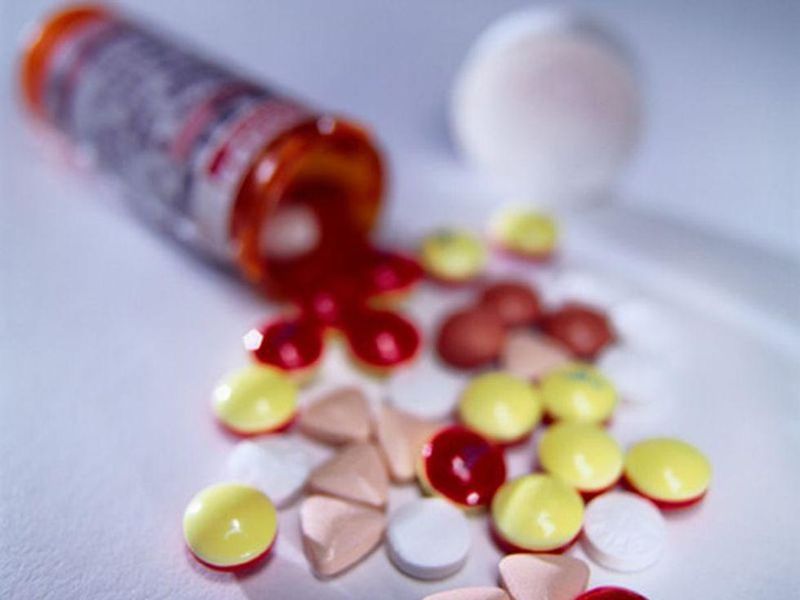 Antidepressants called selective serotonin reuptake inhibitors (SSRIs) are a mainstay of depression treatment, but a new study warns that taking common painkillers alongside SSRIs may raise the chances for intestinal bleeding.

In a review of 10 published studies involving 6,000 patients, researchers found that those taking SSRIs (such as Celexa, Paxil, Prozac and Zoloft) and pain medications called nonsteroidal anti-inflammatory drugs (NSAIDs) like Advil and Aleve had an increased risk for gastrointestinal bleeding.

The increased risk of upper gastrointestinal bleeding is likely due to the interaction of the two types of drugs, he said. NSAIDs inhibit the production of prostaglandin, which protects the gastrointestinal tract, and SSRIs inhibit the production of platelets, which are needed for clotting. This combination, therefore, increases the risk for bleeding, Alam explained.

Dr. Elena Ivanina, director of neurogastroenterology and motility at Lenox Hill Hospital in New York City, said that in addition to the effect on platelets, SSRIs increase stomach acidity, which can result in peptic ulcers, increasing the risk of gastrointestinal bleeding.

"Doctors and patients should both be aware of the medications that increase the risk of gastrointestinal bleeding," she said. "Patients should always discuss their medications with their doctor. For example, because the risk of gastrointestinal bleeding is significantly elevated when SSRIs are used together with NSAIDs like Motrin, doctors should exercise caution and consider alternative treatments to this combination."

Ivanina said that the signs of gastrointestinal bleeding can be obvious or hidden.

Gastrointestinal bleeding can cause vomiting of blood or blood in the stool or black stool, she said. "Some bleeding, however, may be microscopic and not seen; therefore, symptoms of anemia such as fatigue, shortness of breath on exertion or lightheadedness may signal blood loss as well," Ivanina said.

Another expert believes that because patients are increasingly receiving other antidepressants that also relieve pain, the risk for internal bleeding tied to these medications needs to be studied.

"Patients should also be aware that aspirin and anticoagulants elevate the risk of gastrointestinal bleed with or without NSAIDs," he said. This is because serotonin found in platelets, responsible for clotting, is inhibited by SSRIs, which impair platelet function.

Because many doctors are shying away from prescribing opioids, many patients are now being given serotonin-norepinephrine reuptake inhibitors (SNRIs), such as duloxetine (Cymbalta) or milnacipran (Savella), both of which are U.S. Food and Drug Administration-approved as antidepressants and also for pain, he said.

"Although fewer studies have examined the bleeding risks of SNRIs, it is logical to expect SNRIs will affect bleeding risk, albeit to a lesser extent than SSRIs," Fudin said.

The findings were presented Sunday at the American College of Gastroenterology annual meeting, which is being held in Las Vegas and online. Findings presented at medical meetings are considered preliminary until published in a peer-reviewed journal.

For more on SSRIs, head to the Mayo Clinic.