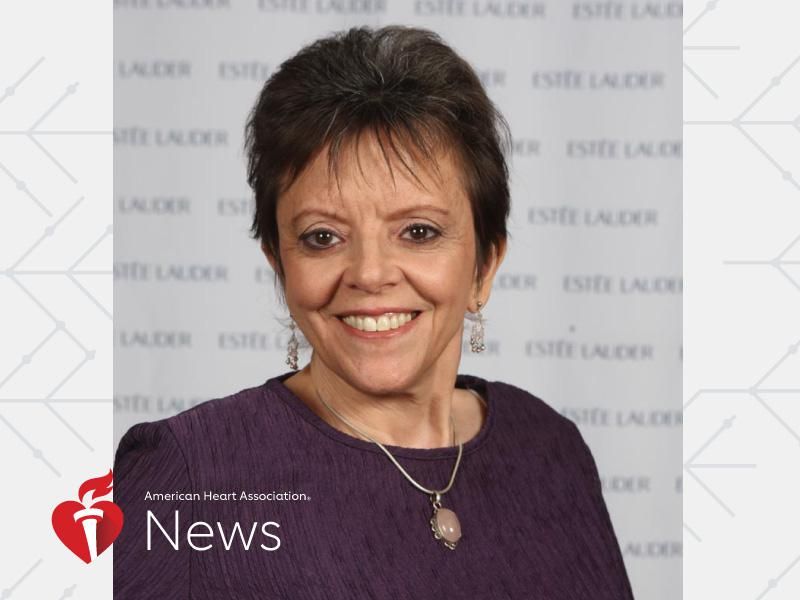 AHA News: 63 Years Ago, She Had Pioneering Open-Heart Surgery at Age 4

At Susan Mangini's checkup at age 2, the doctor subbing for her pediatrician asked about the girl's heart murmur.

Mangini's mother was stunned. No one had ever mentioned a problem with her daughter's heart.

Doctors ultimately found the little girl had pulmonary stenosis, or a narrowing of the valve between her lower right heart chamber and the artery that carries blood to the lungs. She also had a large hole in her heart's lower chamber.

This explained why Mangini's skin sometimes had a slight blue tinge to it.

Referred to as a "blue baby," the color was a sign that she wasn't getting enough oxygen. That made her a candidate for what was an experimental surgery at that time in the 1950s. However, her lack of oxygen contributed to her growing very slowly. So, first, she had to gain weight.

Two years later, in 1959 when Mangini was 4, she was one of the first children ever to undergo open-heart surgery to correct her pair of congenital heart defects.

During the five-hour surgery attended by 10 doctors and using what was then a fairly new heart-lung machine, Dr. Alvin Merendino of Seattle, a pioneering cardiac surgeon, repaired the valve and the hole in her heart. Mangini vividly recalls time spent in the hospital.

"The doctor and my parents were talking in the hallway after surgery, and my dad asked the doctor, 'What are her chances to live to adulthood?'" said Mangini, who's now 67 and lives in Los Angeles. "Before the doctor answered, he closed the door, so I couldn't hear. After that, I felt like I was going to die in my sleep."

Instead, Mangini came home just in time to enjoy a happy Christmas.

She still has the photo album her mother kept with notes scribbled in the margins. One note reads: "She's now a healthy 6-year-old. Except she gets a little out of breath with activity."

The story of Mangini's groundbreaking surgery made the news at the time. She was celebrated at various American Heart Association events throughout the '60s.

Mangini recalls when she was crowned the AHA's Queen of Hearts for Washington state. She rode in a Christmas parade in a red convertible along with other children who'd had various open-heart surgeries.

When her family moved to Kern County, California, the AHA named her Little Miss Heart Sunday and she was featured in the local news. She also had lunch with the town's mayor. In Mangini's scrapbook, her mother notes that the AHA shared her picture across the country.

At 7, Mangini got pneumonia and was hospitalized. She then got meningitis, which caused minor brain damage and partial loss of hearing. Despite that, she persevered at school.

She was a cheerleader in junior high and high school. She earned a certificate in early childcare and development, taught preschool, and worked at a foundation for children and adults with disabilities.

"She did a lot with what she was dealing with," said Caroline Hatfield, her older sister and now roommate.

Still, over the years, Mangini tired quickly, even when doing simple chores at home.

"I would have to sit and rest to gather my strength before I went on to the next task," she said.

In the '80s, her cardiologist found another hole, this time in the upper chamber of her heart. The doctor, however, told Mangini the hole was so small that it was insignificant. They continued to check it every few years.

"They always said, 'Don't worry about it,'" Hatfield said.

Last year, Hatfield took Mangini for an appointment with her primary care physician. Usually, the sisters walk the block and a half to the office after parking, then linger in the waiting room.

That day, the doctor happened to see Mangini right away. When a nurse measured the oxygen level in her blood with a pulse oximeter, it was so dangerously low that the doctor said, "I don't know how you're even sitting there."

Although Mangini's oxygen levels normalized before going home that day, her doctor referred her to a pulmonologist. The specialist found nothing wrong with her lungs, ordered oxygen for her, and said to make an appointment with her cardiologist.

The cardiologist suggested surgery to close the second hole in her heart.

The hole ended up being significantly larger than expected. Because of the hole's position, previous views only saw a small piece of it.

"It was hiding," Hatfield said.

"I don't need to rest anymore," Mangini said. "I can just go on to the next task. I feel so much better. I have so much energy. For the first time in my life, I feel normal."

She continues to see her cardiologist regularly. She's enjoying walks around their neighborhood several times a week, and no longer gets terrible, persistent headaches after she does long errand outings. "That's manageable now," she said.

Mangini is still proud to have been one of the first children to have open-heart surgery. She treasures her red scrapbook, often sharing it with her doctors. After her experience, she counsels others to pay close attention to any strange, persistent symptoms, and to speak up.

Her advice: "Listen to your body."